Dear friends. Nice to see you again at this New Year’s gathering. I wish you all a Happy New Year, and specially for our Chinese members, whose new year begins today: Happy Year of the Tiger.

A lot has happened since the beginning of October when we met. I have met many members individually and we have worked hard on our strategy for the coming years. Another development is the formation of a new Dutch government.

Let me first give you some insights into our new strategy. Then we’ll talk about the new political situation in the Netherlands, take a look at our national investment climate and then cross the border into Europe and elaborate on some important issues.

Some of you may have attended our New Year’s event on Januari 17th. In my New Year’s speech, I summarized our strategy which focuses on the theme ‘strong banks, strong society’. We need a strong financial sector that contributes to a sustainable and inclusive society.

We are on track to becoming a respected and valued industry again, after more than ten difficult years of working hard to restore our reputation. And we are convinced we can achieve our goals in the years ahead, with a heart for our customers and society.

And as an inspiring thought-leader who comes to the fore, I made a start last November when I publicly addressed the imbalance between the efforts of banks and government agencies in the fight against money laundering.

Unfortunately, it appears that the increased efforts at banks and various reports have not led to a corresponding increase in the number of prosecutions, convictions and seized assets.

Based on existing legislation, we can go in one of two directions: either we substantially reinforce public services or we agree with each other (as public and private parties) to deploy the available resources as efficiently as possible and focus on the major risks.

Strict obligations lead to undesirable side-effects for our customers. For example, entrepreneurs experience slower or poorer access to banking services as a result of the in-depth customer surveys banks are required to conduct.

We find this very bothersome for our well-meaning customers. The Dutch Banking Association has therefore launched an investigation into the scope and causes of this problem, as well as possible solutions. We have invited our public partners and other interested parties to participate.

I will come back to this from a European perspective.

But let’s first look at the Dutch political situation. The coalition agreement offers many points of departure for banks to work together with the government on a sustainable and safe Netherlands in the coming years.

We think it would be sensible for the new government to take additional measures to make our country climate neutral by 2050 at the latest. This would allow banks to help their customers even more effectively in reducing their CO2 footprint.

Banks are opting for engagement in their sustainability strategy by helping the customer to take serious steps towards sustainability. This is not easy for all customers, but the banking sector chooses to play a guiding role in this regard because we feel the sense of urgency.

I am pleased that the Dutch government is committed to a stable and predictable business climate with a focus on a level playing field. As strong banks, we can therefore commit ourselves to a strong society.

I’m sure this is no surprise to you. You know that the Netherlands has excellent infrastructure, both physical and digital, a well-trained workforce and an international orientation. Many multinationals are headquartered here, although we have lost a few.

Unfortunately, sentiment towards multinationals in the Netherlands is sceptical. It is difficult to determine why. It may have to do with our internationally criticized tax policy and the fact that large companies are responsible for a great deal of environmental pollution.

It’s important to have a sensible, substantive and unpolarized debate about this in the Netherlands, because multinationals are essential to our economic ecosystem. Without top players, SMEs have no sales market.

For banks, both foreign and domestic, our main goal remains to keep the Netherlands an attractive market. The European internal market is the main tool to achieve this by reducing barriers, streamlining regulatory procedures, and achieving greater regulatory uniformity.

A new government, albeit comprising the same coalition parties, also offers an opportunity for a new impulse for its European and international financial agenda. For the first time we have a female Minister of Finance, Sigrid Kaag. Her international experience and language skills will certainly help her to be a constructive European player.

The government has indicated in its programme that it wishes to play a constructive and even pioneering role, at the European level, and we hope that this will also be reflected in its policy towards the financial sector.

One area where we hope the Dutch government will continue to play an important role is, as I said, in the fight against money laundering. The European Commission has proposed an EU Anti-Money Laundering Authority to help improve overall quality in the fight against illicit money. We are very much in favour of this.

In addition, we also want to facilitate the highly effective public-private partnership between Dutch banks and the Dutch police at a European level. Exchanging information is the only way to close the net around the criminals who are trying to protect the illegal origins of their wealth.

Dutch banks have tightened their controls on money laundering, but stopping black money is a joint societal responsibility. Without our national, European, and international partners, we will be fully compliant, but this will not be enough to make a real difference.

Ultimately, what matter is how much illegal money is intercepted and how many criminals end up behind bars. Therefore, the only way forward is national, European, and international cooperation.

I would also like to draw your attention to the Basel implementation underway at the European level. We are sure that the European Commission has taken the specific European situation into account.

This is very important because banking markets still differ considerably between Member States. An example of this is the mortgage market, which requires an approach tailored to market conditions.

Even considering these “European specificities”, we expect the impact on certain portfolios, such as mortgages and loans to the agricultural sector, to be significant. We aren’t asking for any special favours, but believe that prudential policy should, as its name implies, be prudent.

Prudentia, in its original sense, means both wisdom and foresight. If we look to the future, we see challenges such as climate change and the enormous housing shortage in the Netherlands.

The new government wants to build 1 million homes in 10 years, and the construction of these homes will require substantial private investment. Prudentia would prefer a more balanced approach to the Basel implementation, especially regarding these challenges.

Keeping a sharp eye on the future is one of the keystones of our strategy. Finally, I would like to wish you all the best in your business endeavours in 2022 in a supportive Dutch business environment. And if we as the Dutch Banking Association can help, please let us know. We are here for you!

With ambition, trust, and partnership, I am sure that we can regain the position, respect, and appreciation that banks deserve as institutions operating at the crux of society. 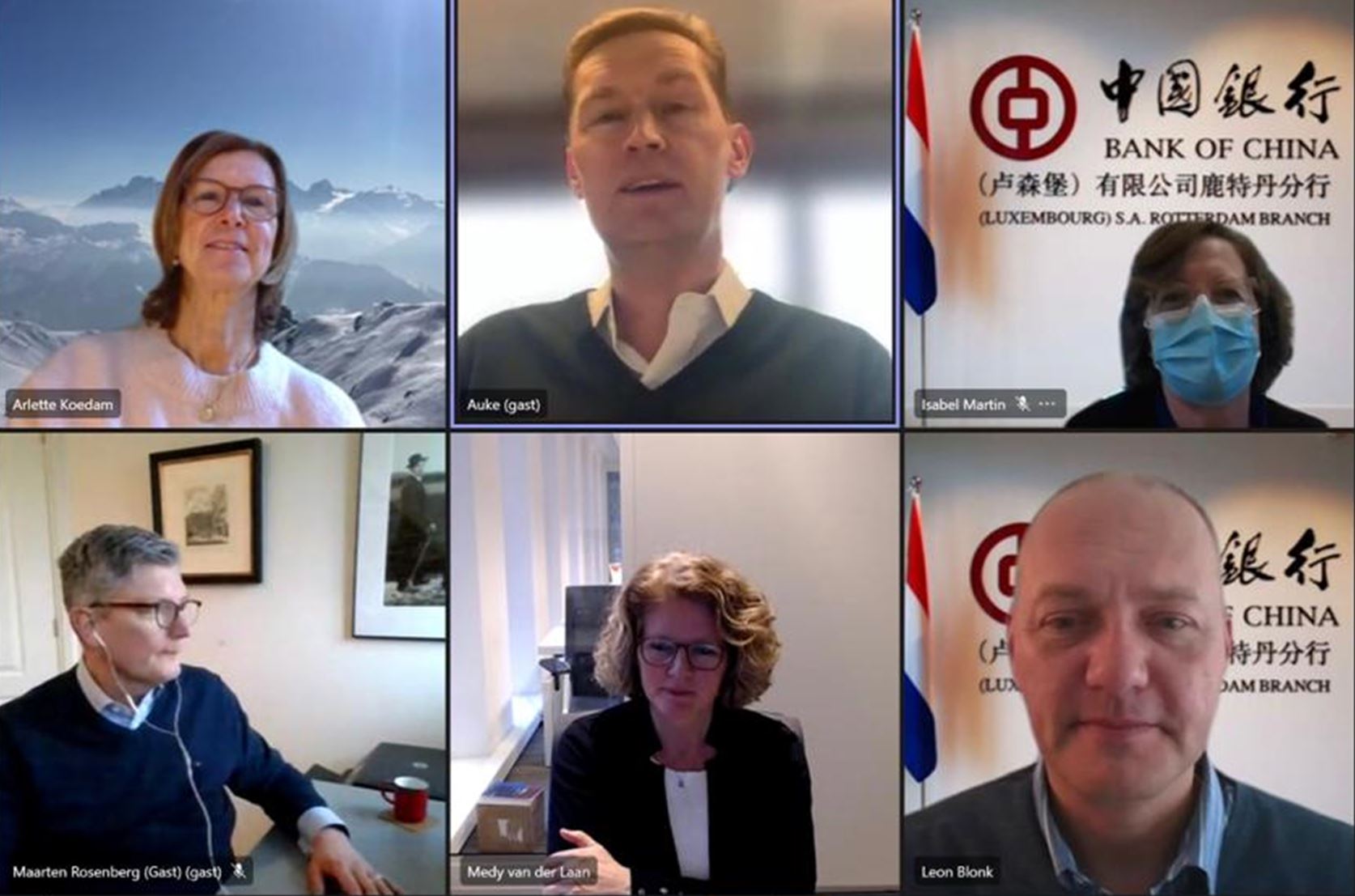